13th January, 2017 – Reports emerging say Mombasa Governor Ali Hassan Joho has been arrested – According to ODM Director of Communications Philip Etale, Joho is detained at Urban Police Station in Mombasa. Ali Hassan Joho alongside Members of Parliament Rashid Bedzimba (Kisauni), Abdulswamad Shariff Nassir (Mvita) and Suleiman Dori (Msambweni) have been arrested and are being held at Urban Police Station after they stormed the police post demanding the release of Joho’s aide.

According to Joho’s lawyer, the governor was arrested together with ten MCAs from Lamu and Mombasa Counties at 8am Friday.

Mombasa Governor, Ali Hassan Joho, has said that he doesn’t fear being arrested after he refused to return one of his firearms as ordered by the police.

On Saturday, Interior Coordination Cabinet Secretary, Joseph Nkaissery, warned the arrogant Governor that he will be arrested if he does not return all firearms in his possession immediately. 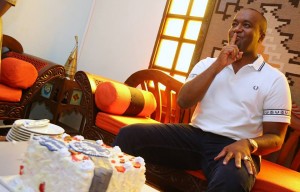 But Joho dared Nkaissery saying that he doesn’t fear being arrested while fighting for his rights.

He said he was elected by Mombasa residents as their Governor and he has a constitutional right to posses a gun like other Governors and State officers.

The Governor, who was speaking to journalists in Mombasa, said President Uhuru Kenyatta and his Deputy, William Ruto, should accept that they lost the Malindi by election and move on instead of frustrating him.

He said if the police arrest him, his supporters across Kenya will be incensed and this will not end well especially in Mombasa.