The much hyped affair between Citizen TV anchor, Willis Raburu, and popular news reporter, Sally Mbilu, has hit a dead end after she caught him having s3x with another woman on his birthday.

According to snoops, Willis gave Sally the keys to his crib after they got engaged. The sultry talented reporter has been frequenting the anchor’s home to do house-hold chores but she nearly collapsed after she made an impromptu visit and caught him drilling another woman. 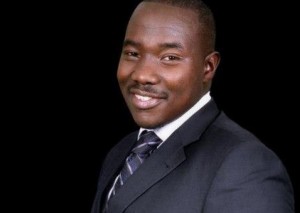 Apparently, Sally lied to Willis that she would be out of the country for an assignment during his birthday but she just wanted to pull a surprise on his special day.

Armed with flowers, chocolate and other gifts, she headed to his house to surprise him.
However, she ended up being embarrassed badly and left with pain that will take decades to heal after finding Willis having s3x with another woman.

Sources at Citizen TV intimate that the two don’t see each other eye to eye after the incident.
Sally has already removed the Ksh 100,000 ring Willis gave her after he proposed to her during a vacation in Dubai.