Hard times for Ex-Classic 105’s CIKU MUIRURI as she is rendered jobless, See what happened.

Not long ago, former Radio Queen, Ciku Muiruri, was one of the trendsetters in the media industry when she was hosting the famous Busted Show on Classic FM.

She quit her job at Classic FM when her career was at its peak to venture into writing and other personal stuff.

The former radio queen has been a columnist for Daily Nation for two years writing for Zuqka but she has been rendered jobless after the weekly magazine was scrapped. 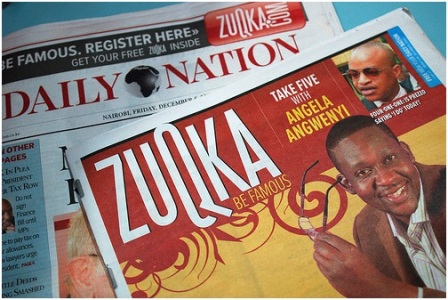 Ciku informed her fans that she is longer a columnist at Daily Nation saying; “Ciku’s Beefs has been missing from the Daily Nation. This is because Zuqka has been retired and columnists were Chase Banked. Lol. I have a new column and will announce its new home soon.”