Wycliffe Wangamati was born on – in Bungoma,

2. He is a Fellow of the Institute of Actuaries in England

3. Executive Director Of Alexander Forbes Group Of Companies in Kenya and also a shareholder of all the local companies

4. Bonito Properties Limited – Chairman Of the Board Of Directors – property development, contractors, which have done a number of housing projects in Nairobi and Nzoia Apartments in Bungoma – Muslim Area. He owns 70% of this company

5. Bonito Hotels – Chairman as well, leasing the Tourist Hotel and currently setting up another hotel in Nairobi in partnership with a private Equity fund. He 60% of this company.

6. Chair of Milembe Investment Company – a Microfinance Entity. The entity has attracted up to 50 per cent of the MPs from Western as shareholders of this company. The entity has branches in Kawangware, Kakamega, Bungoma and Kitale 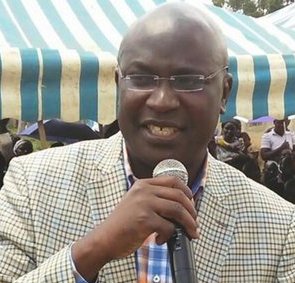