Stephen Kinyanjui Mburu KK was born in Kinangop, Nyandarua County, Kenya. He is the Member of Parliament for Kinangop Constituency. 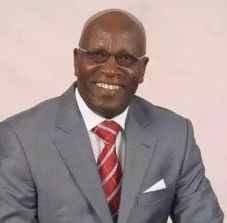 He was elected to the 11th Parliament on The National Alliance (TNA) Party ticket in the Jubilee Coalition in March 2013. His predecessor to the same seat are

Stephen Kinyanjui Mburu KK has spoken 45 times in Parliament since 2013.

NOTICE OF MOTION – (Stephen Kinyanjui Mburu KK) Mr. Speaker Sir, I beg to give notice of the following motion:-
THAT, aware that the road network in the country currently stands at approximately 160,886 Km, out of which only approximately 11,189 Km are paved; noting that the extent of the unclassified rural and urban roads remain unknown with most of such roads in bad condition; aware that good infrastructure facilitate trade, economic development and
improvement in the quality of life; this House urges the government, through Kenya Rural Roads Authority (KERRA), Kenya National High Authority(KENHA) and Kenya Urban Roads Authority (KURA) to upgrade a minimum of twenty (20) and a maximum of thirty (30) Kilometers of roads to bitumen standards in every constituency across the country in every
financial year to enhance the road network in the country and subsequently enhance agricultural productivity and job creation.