Why is MWANAISHA CHIDZUGA doing this to her co wife, CECILIA MWANGI? Women!!

After Former Miss Kenya Cecilia Mwangi revealed that she had divorced Mungatana, his other wife, Mwanaisha Chidzuga, rushed to social media to poke fun at her indirectly.

She lashed out at Cecilia and told her to stop calling her a co-wife.

“Kindly note that I Mwanaisha Chidzuga was never a Co wife 2 one Cecilia Mwangi Pls stop dragging my name n tht of my family into thse madness.” Mwanaisha tweeted.

Before Cecilia revealed that she had divorced Mungatana, Mwanaisha rarely shared any details about her family on social media.

But nowadays, she has been trying to show the world how she is happily married to Mungatana, who is said to be broke and a notorious rent seeker who lives from hand-outs given by his wealthy friends.

Here are some photos she has been sharing perhaps to mock Cecilia Mwangi. 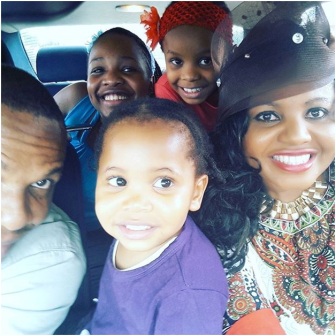 Remember this is the same woman who never shared anything about her family before Cecilia revealed that she had divorced Mungatana and described her as a co-wife. Women though?????