Controversial SONU leader, Babu Owino, is on the receiving end after he beat up a student like a burukenge for criticizing his bad leadership.

The victim is also contesting in the up-coming SONU elections and he has been going round the campus tainting the name of Babu Owino.

They met at a petrol station in Kileleshwa and after exchanging words, Babu ordered his goons to beat up the student.

In a video that has surfaced online, Babu Owino is seen slapping the helpless student as he warns him to watch his moves.

Check out the video below. 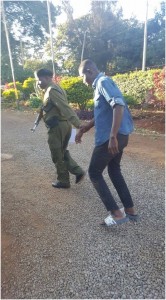 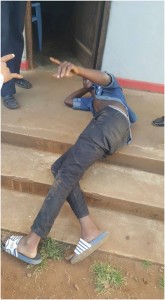